Mongolian Dot Travel is a 100% B2B organization, member of Mongolian Tourism Association and one of the most trusted and professional Destination Management Companies in Mongolia. Our travel agency work exclusively with tour operators and travel companies all over the world.  With more than 20 years of experience in Mongolia’s tourism sector we commit to bring to our partners all benefits from the expertise of our specialists for each destination and activity. We personalize our services in accordance with our partner’s particular profile and travel philosophy. We are a team of proud, highly qualified, dedicated and professional people with extensive experience and knowledge in local regions that allow us to provide our partners with constant support and to create the customized tours combining magnificent landscapes, fascinating cultural experiences and exciting adventures.

Welcome to Agent Hub by DMC in Mongolia, a selling tool allowing you to customize our programs to your image and your concept. Created with our partners in mind, you will find our complete production such as tours, excursions, expeditions, projects and detailed information about each of our destinations will help you in providing complete information to your clients.

Our people are our key success and we aspire to celebrate and support them throughout their careers. Our managers are a group of intelligent, motivated, fun and easy going people. We help people to unwind and find their inner-selves. With a clear focus on our business partners around the world, we constantly aim to inspire your clients. Our vigour for great innovative experiences, makes us the right partner for you. Our freindly team of experts from Europe and Mongolia are here to assist you 24 hours, 7 days a week. 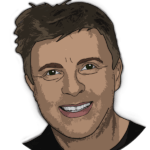 Bernard came to Mongolia early 1990s to work on EU endorsed agricultural project as engineer. With more than 30 years of experience and fluent in Mongolian language he has successfully developed and managed several businesses. In his spare time he loves paragliding and canoeing. 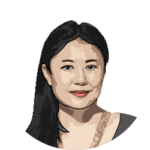 Born in West Mongolia, grew up in North of the country Otgon is passionate about her country’s rich history and culture. For many years she has lived in Europe, studying languages. Being able to speak English, French, German and Russian she overseas international marketing of the company. 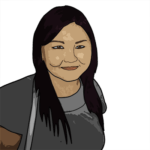 Odnoo is enthusiastic young woman from capital city Ulaanbaatar. She started her career as an accountant right after completing her university 2010. Since she has been working in tourism, trade and real estate sectors successfully. 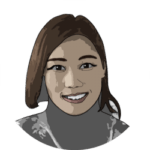 Man on the field.  He manages, organizes and monitors storage, warehouse, equipment, vehicles and ensuring their maintenance. 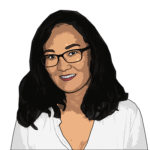 Daka was born and grew up in Ulaanbaatar, Mongolia. For many years, she has worked in tourism, real estate, export, consulting, and support for foreign businesses in Mongolia, and studied Mongolian cultural studies at the Mongolian National University. 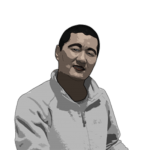 Badraa is from Western Mongolia. He has over a 10 years of experience designing applications and working with clients. He consults with clients to develop strategy that will be beneficial for them while staying within budget. Once web site is being lunched, Badraa works on marketing strategies to ensure that the website is not only attractive and functional but also attracts the right audience. In his spare time, he is an adventurer. He loves canoeing and led trips on all navigable rivers and lakes of Mongolia.

We strive to offer our travelers once-in-a-life time experience, to build unforgettable memories, to learn, to support local business and communities. Through our activities we engage local people, celebrate diverse culture, habitats and wildlife. We always seek to improve in what we are doing and lives we touch.

Mongolia has remained relatively unchanged as the rest of the world became globalized. Something that makes Mongolia incredibly unique is our effort to preserve our culture through tourism. With more and more destinations, tour operators and activities in business, we put huge amounts of effort into protecting the environment, the local communities, wildlife and population. We take seriously into consideration human, animal, environmental, and cultural welfare that might be affected through mass tourism.

Tourism has enriched the lives of many. We always have been a small and an independent company, operating locally. Our business model supports  already local economies, people, nomads and we are proud to have been doing this for more than two decades. We ensure that local economies, people, nomads benefit from our business by using locally owned accommodation, employing local people, eating and drinking in local bars, cafes and restaurants, sourcing food from locally owned stores. By doing so we not only support local businesses but also engage our travelers with local people and offer direct, honest insight into Mongolia’s life.

Throughout our two decades experience in tourism we came to realise that women are the key members of Mongolian society. They invest more on their children, food, home, education which creates long term social and economic gains for whole communities. Women invest most of their income into the family, ensuring their children are well-fed, clothed, sheltered and able to get the proper  education they need. And plus they are reliable, punctual and hard working people. We make hundred percent sure that women of the family receive the budget to spend and the benefits.

We have always seeked to build relationships with local communities directly benefiting the local people and places our travelers visit including nomads, women and youth. We make sure that our travellers  visit nomad settlements, local schools, kindergartens and offer many activities involving anyone undervalued . We encourage our travelers to respect rights, culture, history and well being of all diverse communities.

We believe great impact cannot be made alone. We proudly work with a number of different like-minded partners located throughout the world.

Our expedition team is without a doubt the most experienced in business. We facilitate the organization of logistical services providing a whole package that covers all your needs from airport to airport. We advise on routes, costs, equipment, food and arrange administrative headaches for your expedition organization. We will help you to make your plans to fit your budget, timeline and abilities. We have worked with television, movie crews, physically challenged adventurers, 4X4 wheel self driving expedition crew, professional photographers, fundraisers for non governmental organizations and nature awareness projects, educational school trips, scientists, individuals and families.

Guinness Book of Records award for travelling the longest distance in a kite powered buggy:  1,000 kilometers (600 miles) across the 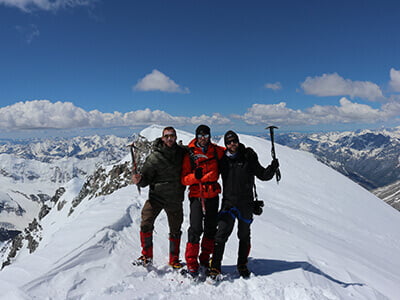 In May 2016, aged 23, Cloe Burles completed a 1,600 km crossing of the Mongolian Gobi desert and reportedly became the youngest…
READ MORE… 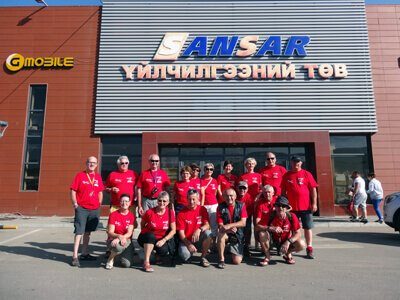 The Sud Raids Aventures “SRA” is an Association with its head office in Mazan, South France. Its main goal is above all logistical assistance…
READ MORE… 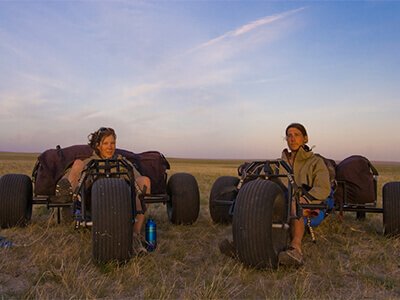 During an unsupported expedition with her older brother, Eric, in 2004-2005, Sarah McNair-Landry became the youngest person to ski to the …
READ MORE…

Dutch travel agency based in Netherlands specialised in organising self-driving short and long distance expeditions across the world.  Their tours consist of shorter and longe…
READ MORE… 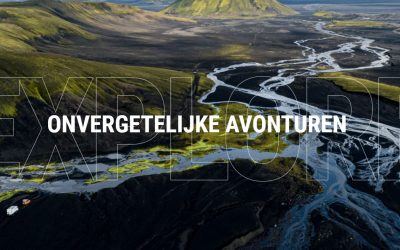 Jon Golden is a professional photographer and has been active in the field for 25 years. His missions have taken him to over 40 countries and required him to sail more than 32,000 km …
READ MORE… 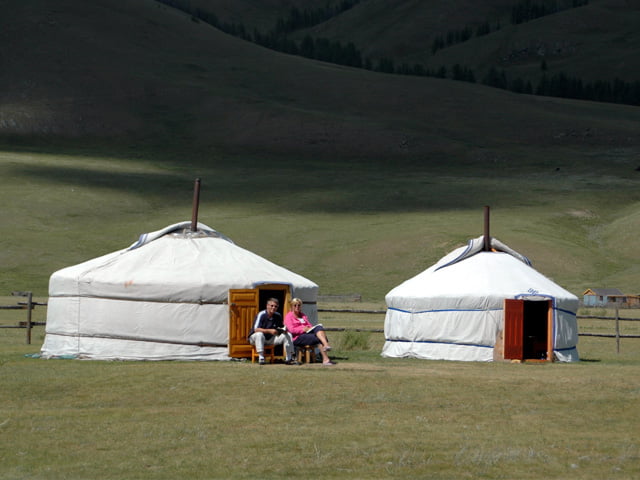 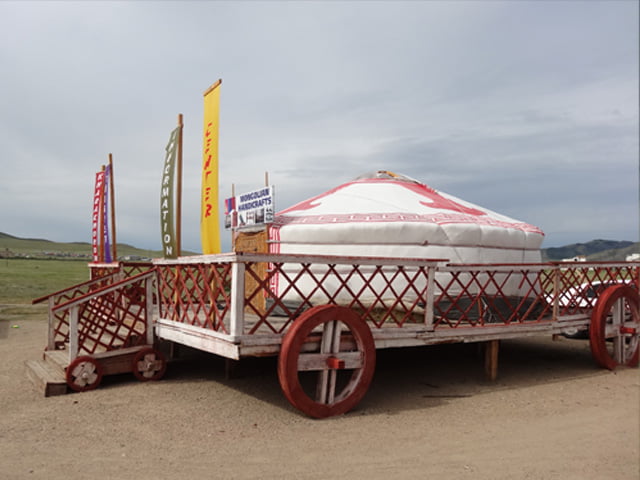 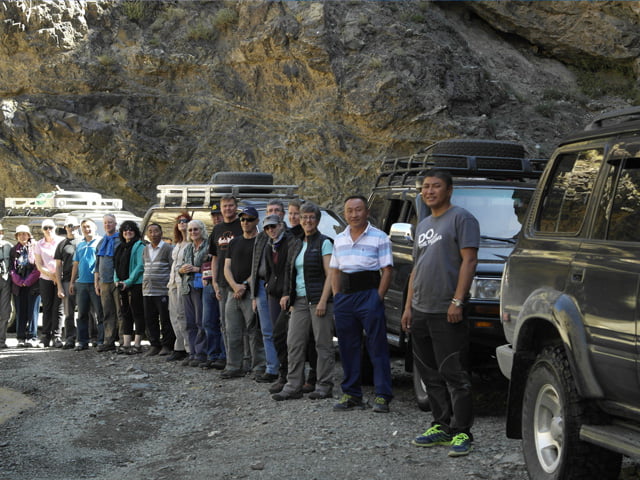 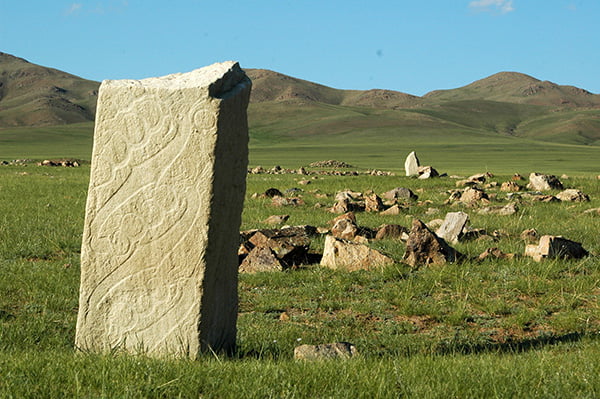 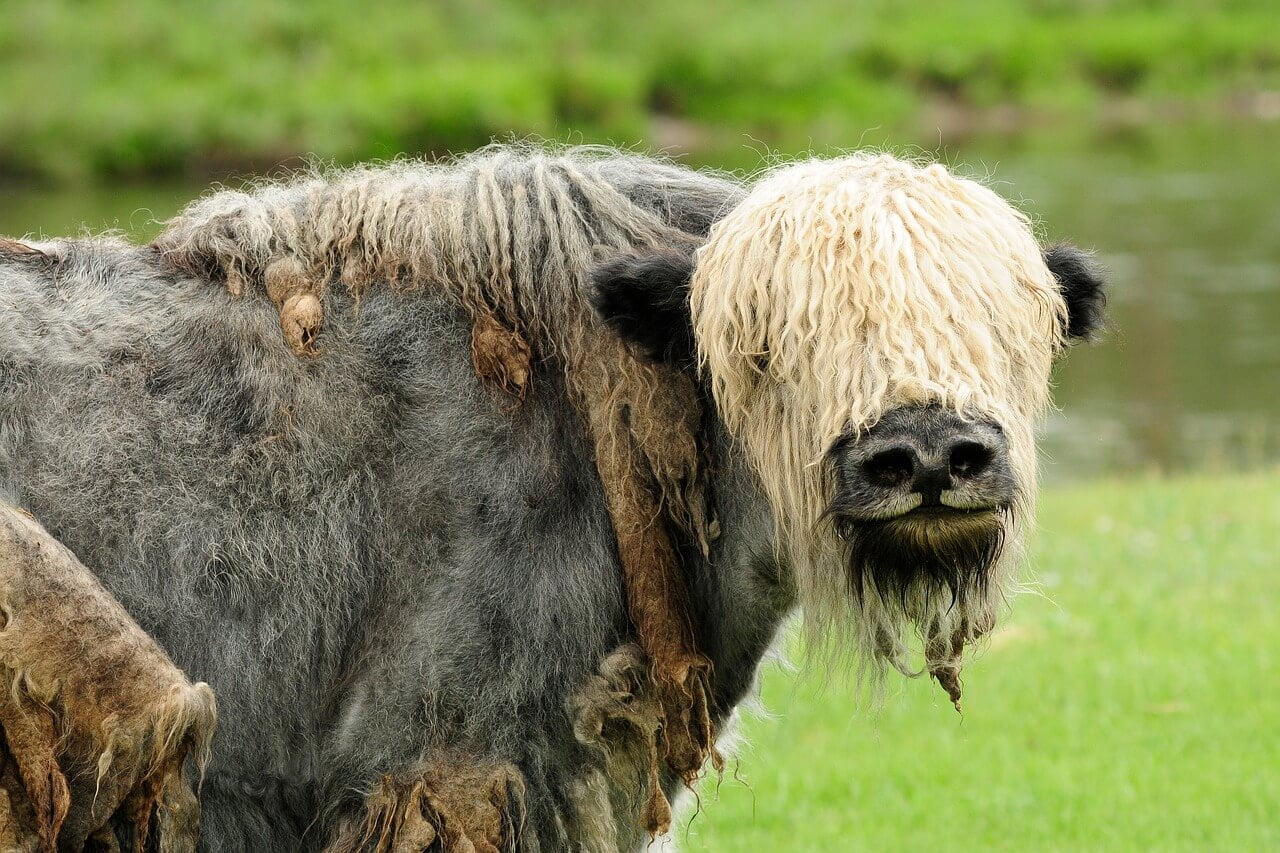 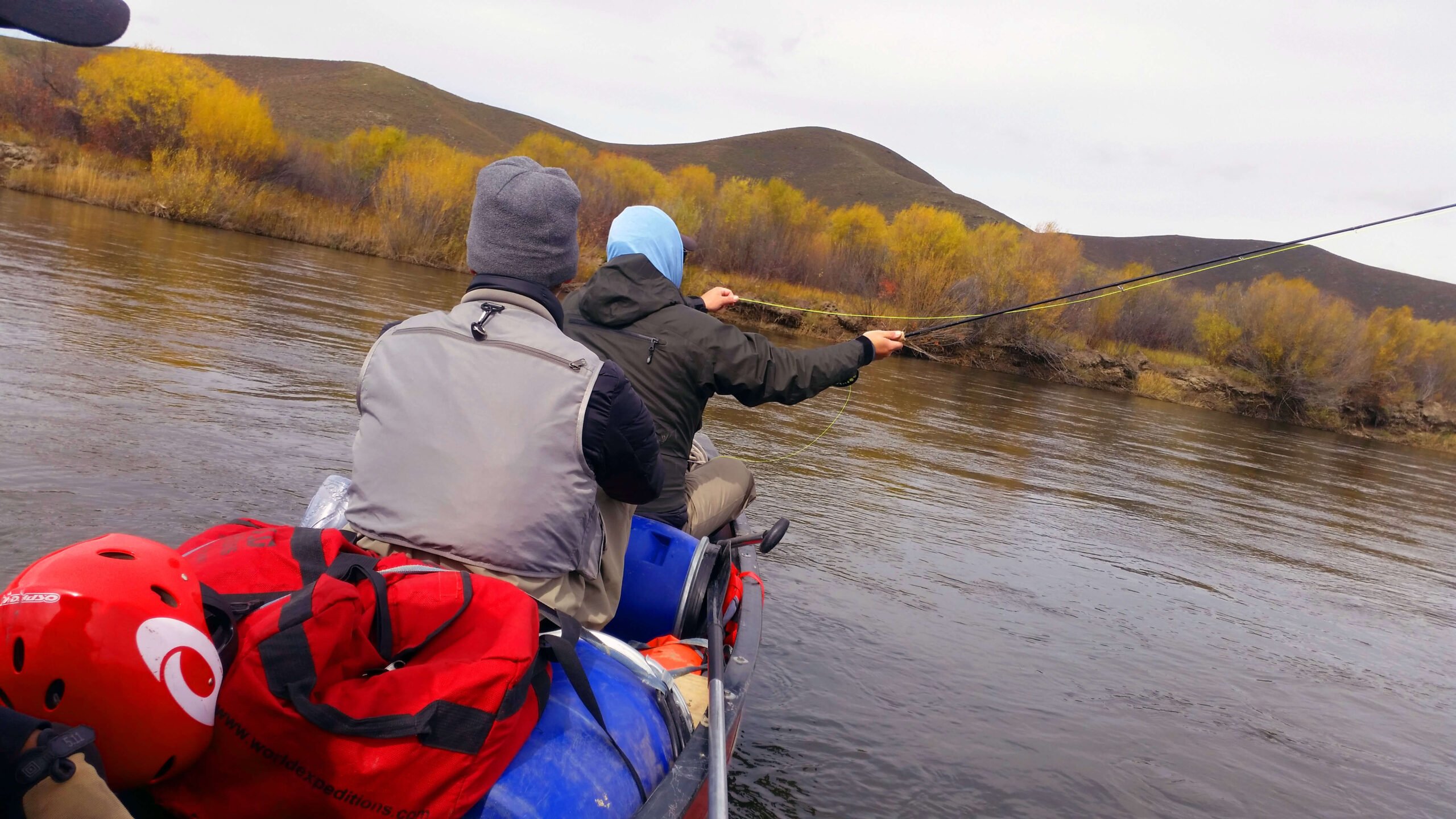 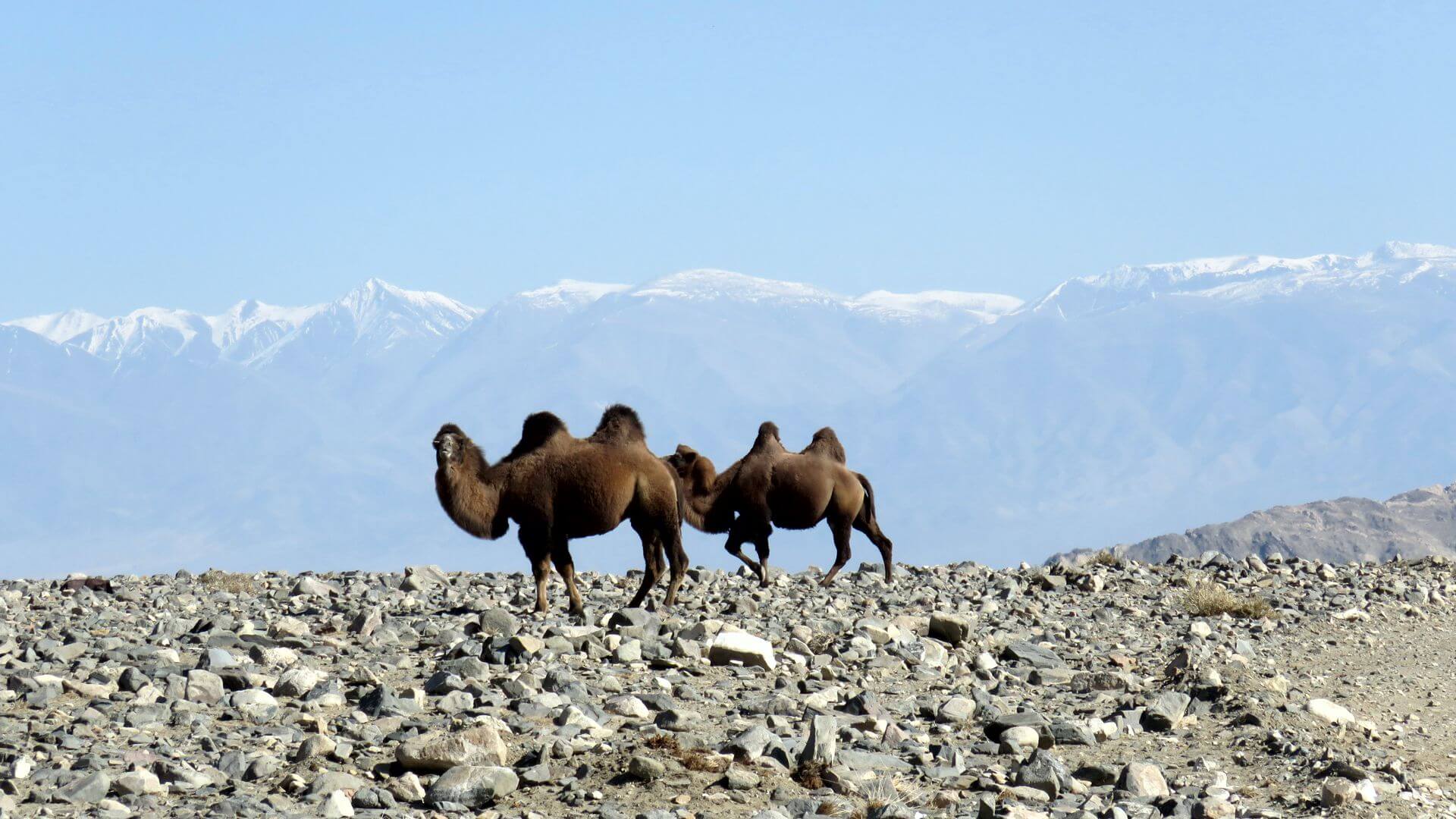 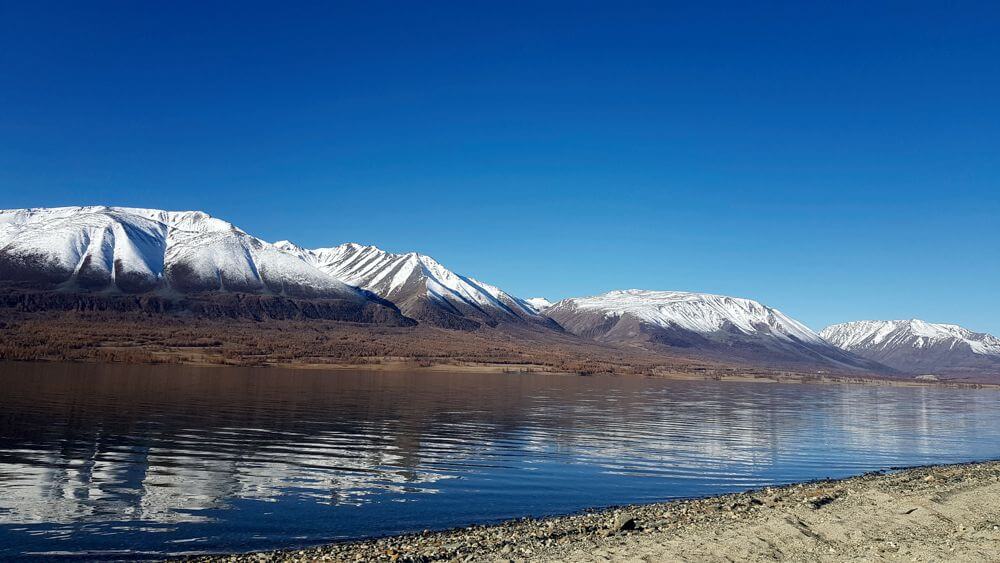 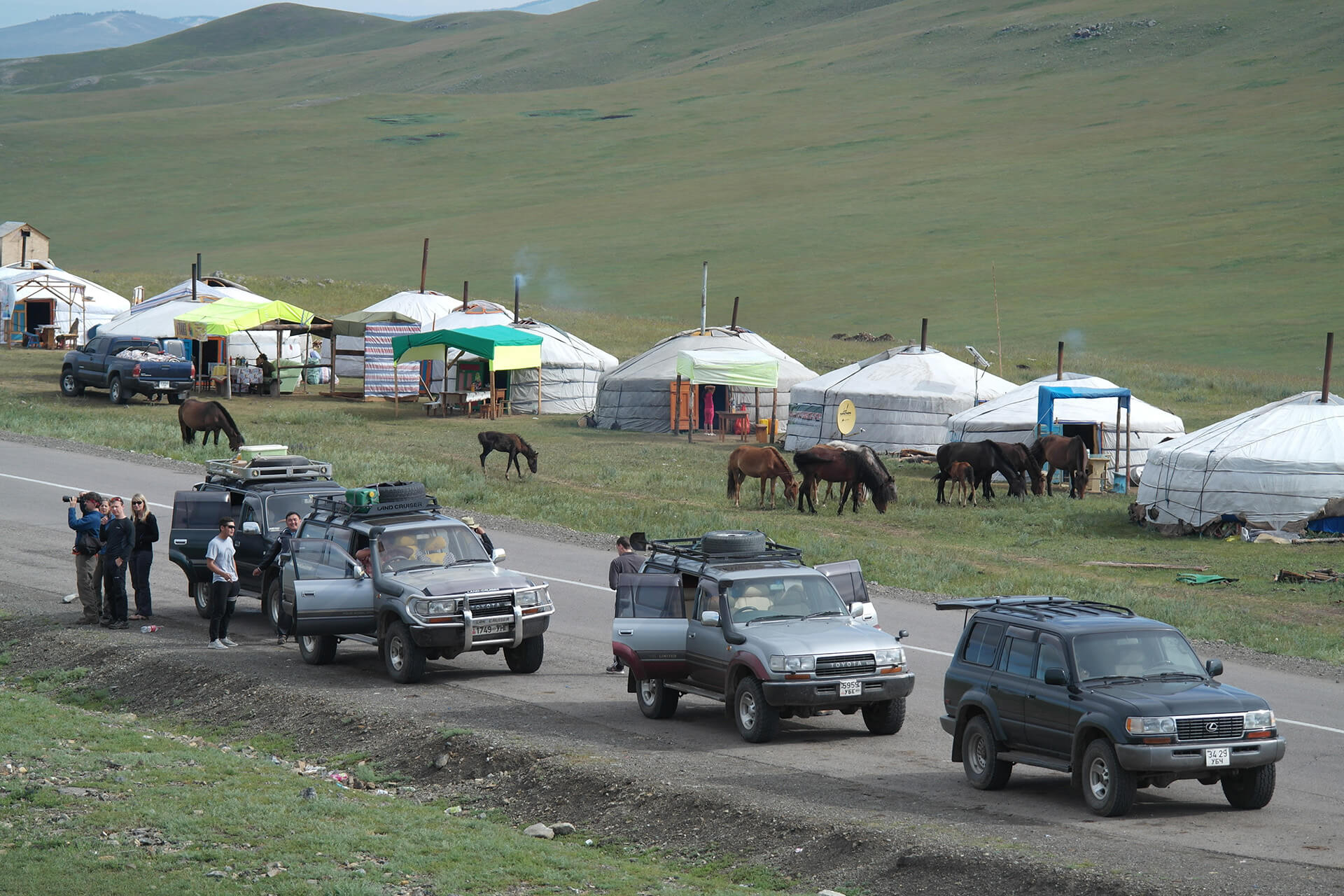 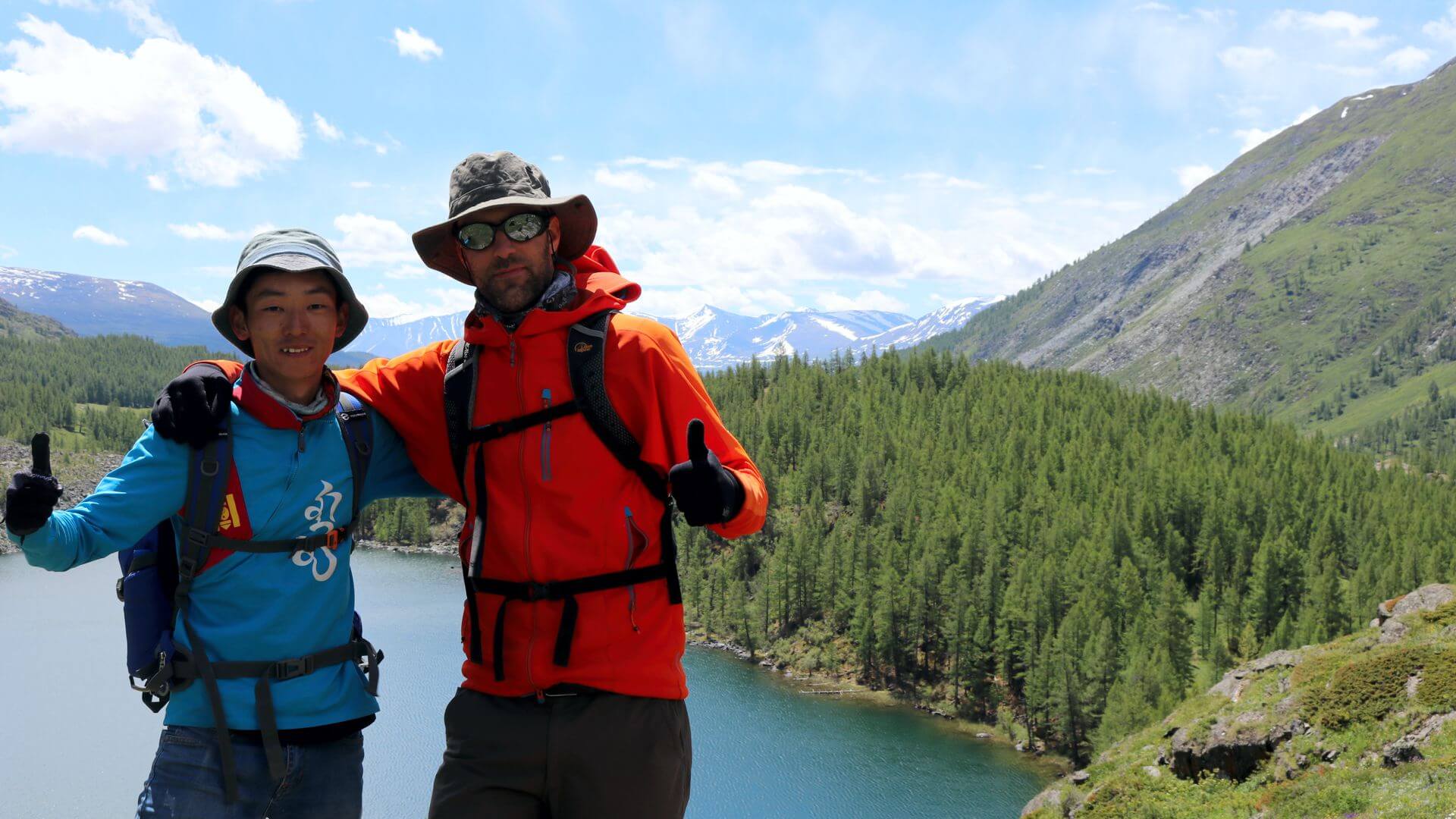 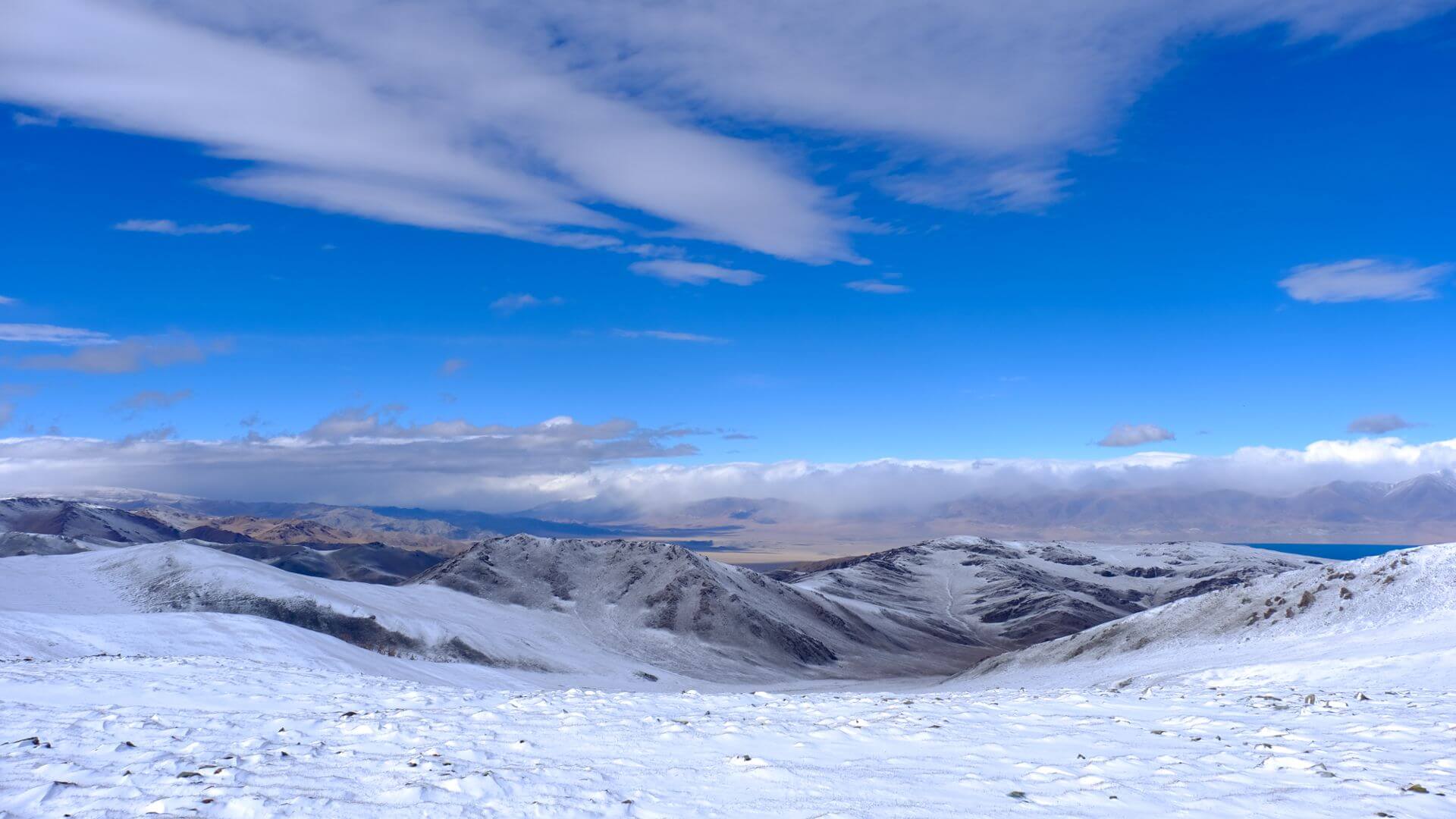 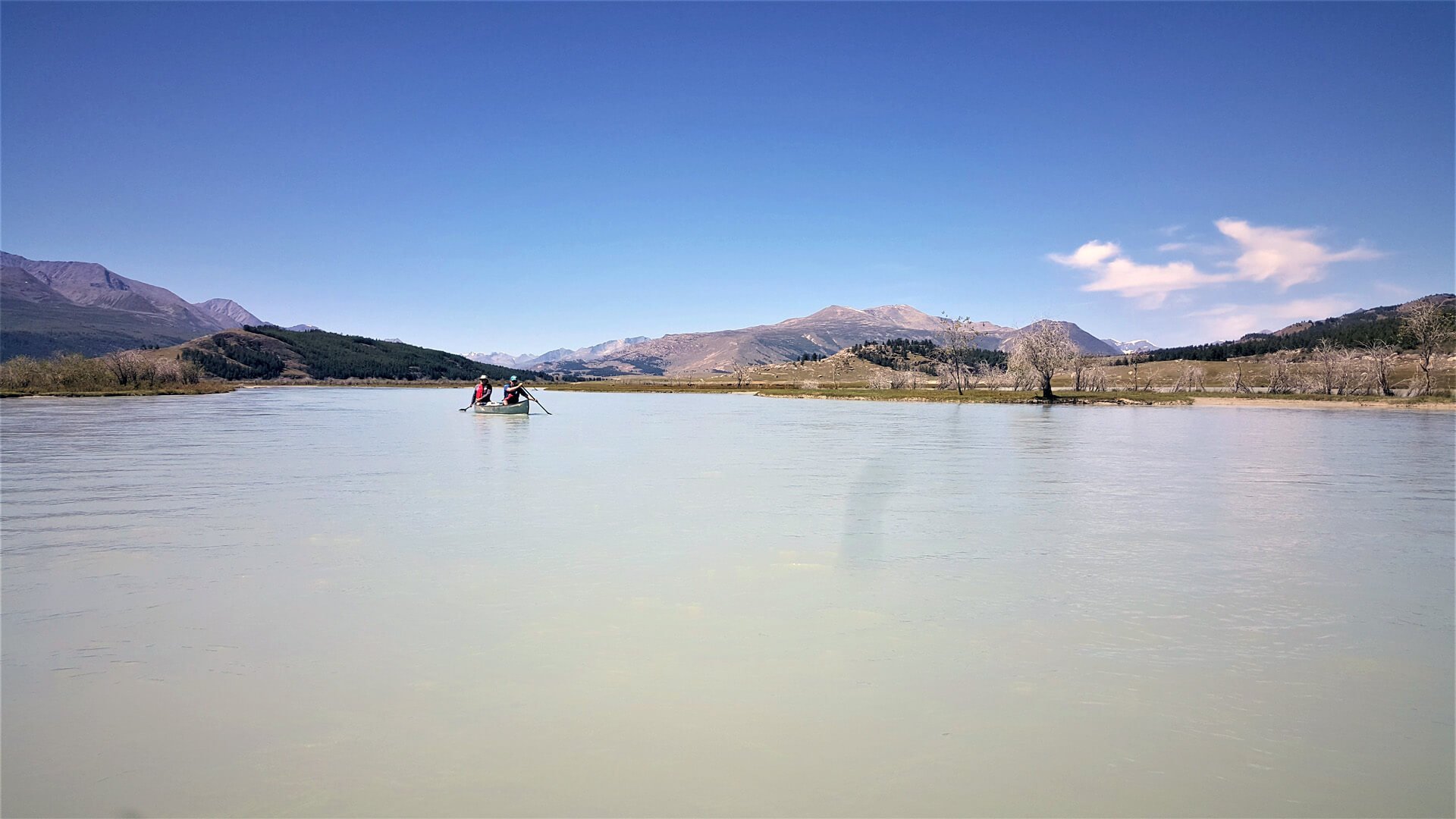 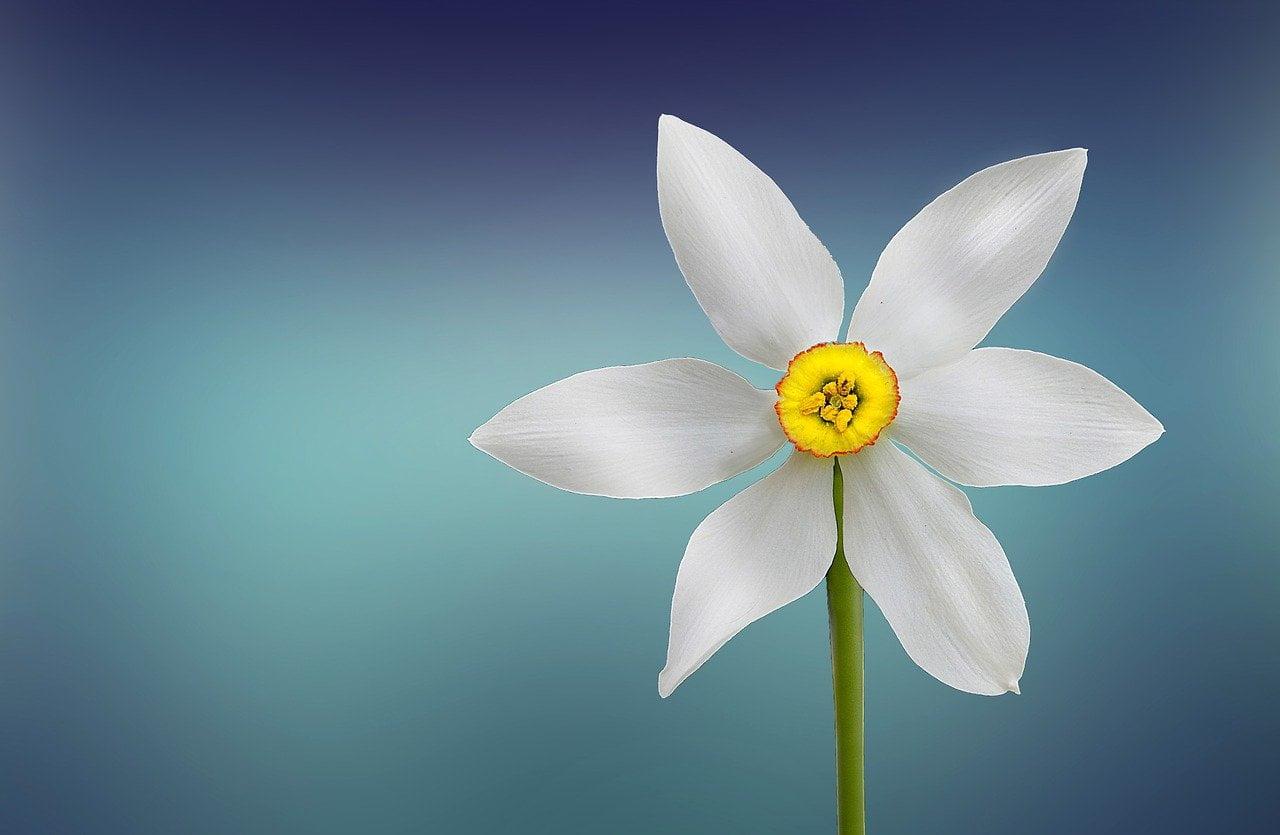 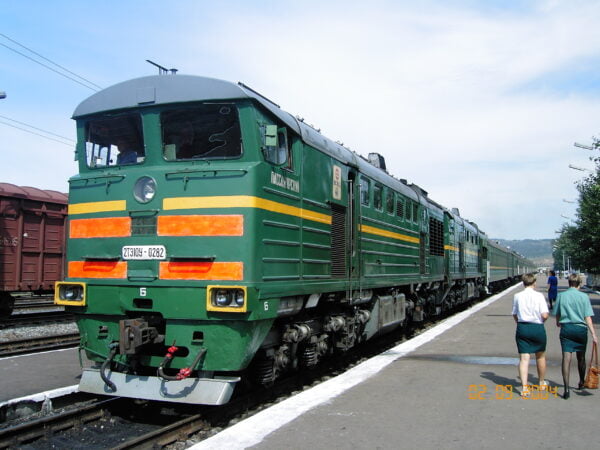 Mongolia is comprised of an area of high steppe and desert located between China in south and Russia in north. Our region is completely landlocked. Generally, it is plateau between 900 and 1,500 meters high. However, in the west are the Altai Mountains. The highest peak of the country is within Altai Tavan Bogd National Park at 4,374 meters.

Since the plateau is high, landlocked and northerly, it results in a climate that is dry and cold. The average rainfall is below 38 cm per year (52 cm is considered adequate for farming without irrigation). Thus, successful agriculture can be only carried out with irrigation in those places where steady sources of water can be counted upon. The usual crops in this irrigated areas are wheat and oats. Temperature extremes also occur within the Gobi Desert, with summer daytime temperatures around 40°C and near 10° at night. Winter temperatures can reach minus 50°C.

Due to the harsh environment, most of Mongolia is grassland. Forests cover about 10% of the land area and are primarily composed of larch. Those forests are mostly in the northern portion of the country.

Historically, people have had to adapt to pastoral nomadic existence. The nature of our goods and livelihood were based animal products-wool, hides, meat, cloth and leather. The people did not manufacture any products that required significant infrastructure or lengthy production. As nomadic people, we had to have personal goods that were highly portable and necessarily utilitarian. During centuries as environment is mostly devoid of trees for fuel makes the manufacturing difficult and existing fuel, dried animal dung, is hardly the fuel of heavy industry.

Prehistorically, Mongolia seems to have had human occupation as far as back 200,000 BC. As time and archeological work progress, the prehistory of Mongolia will be no doubt filled in, however for now mostly it relies on records of foreign sources. It mostly described the people of warrior race against whom Great Walls of China were built and fierce battles fought. It was mostly plundering raids by a variety of tribes who fought with one another. All that needed for significant social upheaval was a leader with a vision and strength of arms to carry the vision out. Temujin later called Genghis Khan (Chinggis Khaan as we call). Who as a boy witnessed his father killed by rival tribal group. Upon escaping he began a long campaign of revenge. It is implied that from time to time Temujin was thwarted or abandoned by allies and made it policy to trust only those who had proved their loyalty to him. In return for loyalty, men were given the opportunity to rise through ranks and take positions of power and authority based on their military skill. Temujin was proclaimed Genghis Khan in 1206.

Having united the Mongolian tribes, Genghis Khan began campaigns to expand his territory. The Mongols created an empire that held sway over all of central Asia, northern Europe, northern India and border areas like northern Vietnam, and Korea.  Sons, grandsons and heirs to his skills as an administrator and military tactician ruled all part of his territory until about 1370, when they were driven away from Beijing.

Mongolia no longer played a major role in world affairs but individual tribes have harassed the Chinese society right up to the beginning of 20 centuries. After the Russian Revolution, the part of Mongolia officially called the Mongolian People’s Republic broke away from China and allied itself with Russia. During the next 70 years Mongolia followed Russian form of communism.

In 1990 leading youth intellectuals took to peaceful democratic revolution. Now Mongolia is democratic country with multi-party system and market economy. Its President and Parliament is elected every 4 years through general vote.